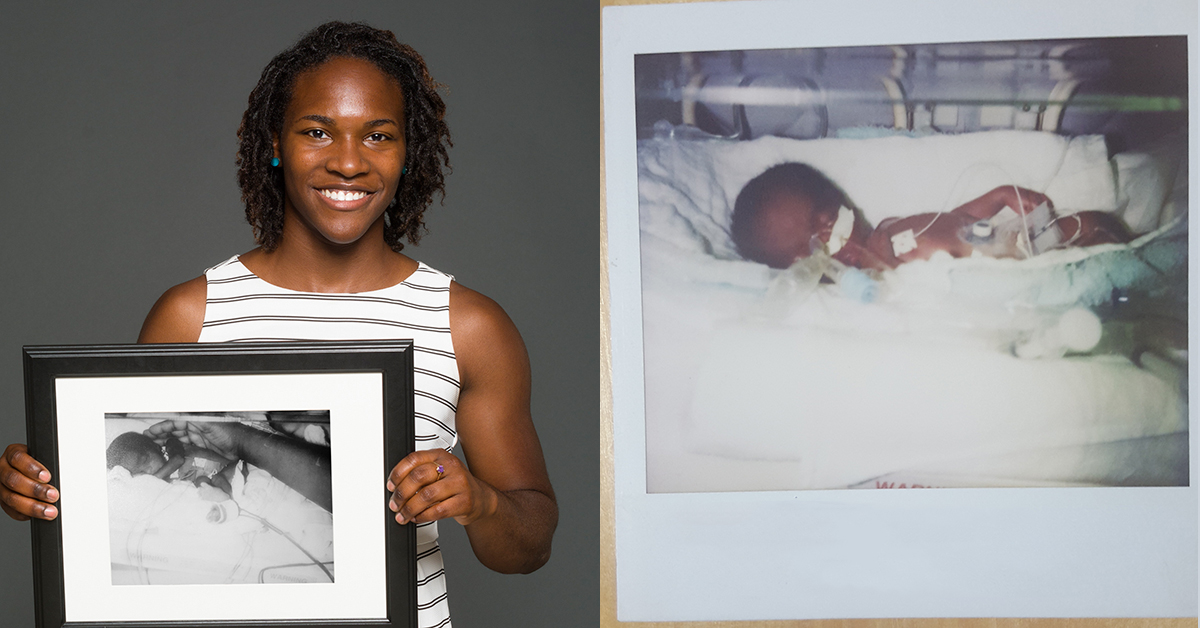 Posted at 11:40h in Your stories by neo
Share

At the birth of their child, most parents are elated. My mom and dad were terrified. I weighed two pounds and two ounces. My parents were shocked and confused. They didn’t know babies could survive and develop well having been so small at birth.

They didn’t know what to expect, because as it turns out, I was full of surprises.

I surprised them by being a normal kid. I played Timbits soccer. I started playing piano when I was six. Really, by the time I was in grade school, I was doing everything else my friends the same age were doing. Yes, I had a hernia surgery, and was in and out of the hospital due to bowel obstruction, but here’s another surprise: I had no lingering health issues.

This past summer, I went to what’s called a “Preemie Picnic,” where former preemies like me — who have survived, thrived and surprised — get together. It’s a celebration of life. As I helped out with the arts and crafts table, new parents approached me. They were still scared. Mostly, they were afraid of what’s ahead for their kids. They were saddled with anxiety and questions.

But as we chatted over scissors, glue and craft paper, I sensed some sparks of relief. I’m doing okay. Actually, I’m doing great.

I’m at McMaster University, in my third year of a bachelor of science in psychology, neuroscience and behaviour program. I want to get into medicine, and next year I’ll write my MCATs.

I love sports, especially basketball and rugby, and have joined the McMaster Climbing Team. I still play the piano and I took up saxophone, too. I do have poor eyesight, but that may have nothing to do with my having been premature. It hasn’t held me back.

If I could tell parents with a baby — or babies — in the NICU one thing, it would be to not shield your kids too much. It’s natural you’ll want to shelter them after their time in the NICU.

My mom’s best advice to NICU parents: go to a NICU Follow-Up Clinic. This helped my mom build her confidence, particularly with giving me the space to be active.

As an NICU parent, you have the right to be afraid. But at the same time, let your kids be active — let them try sports if they want to. I am so grateful I grew up playing sports and trying different things.

Nathalee recently received The Canadian Premature Babies Foundation Bursary. The bursary supports children born prematurely in Canada with pursuing their post-secondary education. She was also the recipient of a 2014 Future Leaders Scholarship from the Caribbean Scholarship Foundation and Western Union, and a 2014 Amalgamated Transit Union Ray Wallace Memorial Scholarship.